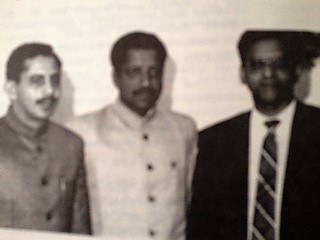 ധൃവദീപ്തി  ഓണ്‍ലൈൻ
www.Dhruwadeepti.blogspot.de
DHRUWADEEPTI ONLINE
Published from Heidelberg, Germany,
in accordance with the European charter on freedom of opinion and press.
DISCLAIMER:   Articles published in this online magazine are exclusively the views of the authors. Neither the editor nor the publisher are responsible or liable for the contents, objectives or opinions of the a

Journey of a Missionary Priest :
Ministry in the School //

In the end of june preparations started for the reopening of the schools after summer holidays. Teachers returnedon time after holidays and admissions to the school and boarding started. In villages children take their own timeto come and join the school. We need to have patience with them. Admission goes on till the end of july. Every year there used to be some dropouts from school.

Since there were only two priests in the Junwani mission before my arrival and since they were not able to look into all aspects of boarding administration, the supervision of the boardings, both primary and middle was entrusted to the school teachers. Participation of the laity in the running of a parish is praiseworthay. At the same time they need to be guided and made accountable. Teaching was the best profession I liked and was very much interested in the education of rural children. I took interest in the school and boarding which was not appreciated by the Head Master of the middle school. He knew that my interference would curtail his freedom.

Malpractices in the school and boarding.

I noticed a lot of irregularities and unhealthy practices in the boarding. The children in the boarding had many things to do. Besides keeping the school and their own boarding clean and tidy they had additional duties of cleaning the housesand the surroundings of the teachers accomodated in the school quarters. Children had to fetch water for them from the village well, collect firewood, clean plates and kitchen utensils. The wives of the teachers were not only making the children do their domestic work, but used to scold them and get them punished through their husbands. The Headmaster demanded more services than what is mentioned above. He was a bachelor. So he employed boys to cook his food. At night he was "frightened" to sleep alone and so he wanted two boys in tzrn to go and sleep with him.

While questioning the children they revealed that he was using the boys for his sexuel satisfaction. He was a paedophil. The priests were not aware of what was happening in the boarding. They had full trust in the staff. But my blood was boiling to see the way these teachers who were appointed and paid for building up the future of our rural children were exploiting them. The children were frightened to reveal this to anybody because they were threatened of dire consequences if they told this to anybody. One day I caught the Headmaster red handed misusing a boy. He knew that that was his last day in the school because I had already warnes him that his days in the school were counted. I went to Fr. Paymans who was the manger of the school and told him what was happening in the school and what I saw that day. I went to my room, typed out a dismissal letter,got it signed by the Manager and took it to the school. I was not surprised when I did not find the Head master in the school or in his house. He had run away from the village before I could come back from the presbytery.

Since the Head Master kept absenting himself from the school there was nobody to teach English and Sanscrit to the students in the middle school. So I started teaching the children these two languages which I had been doing in the same school as a Regent four years earlier. When I was at home I taught during regular hours according to the time table. However whenever I went on tour, on my return, I used to teach them after supper with the help of gas light. Most of the children were in the boarding. The day scholars also had no problem in coming for classes at night because they knew that I was taking this extra trouble for their sake. Nevertheless that was the deal I had with the students when I agreed to teach them English and Sanskrit until we got a regular teacher for the purpose. The day scholars willingly agreed to come to school every evening for their accademic studies as we provided a gas light for this purpose. 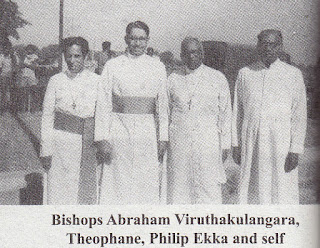 Meanwhile we were on the lookout for a new Head Master for the Middle school. Mr. Damasus Tirkey of Kurela who after completing his higher secondary education joined the minor seminary at Jabalpur to study for priesthood left the seminary after being there for one year and was staying at home. We called him to Junwani to teach in the school. He gladly accepted our invitation and took over as the Head Master of the middle school.

With the arrival of Mr. Damasus Tirkey the atmosphere in the school completely changed. Teamed with Anandidas and Chintalal both of them being my ex-students now became a dedicated team of teachers committed to work in the middle school. They were interested in the welfare of the children. Besides the syllabus precreibed by the Government, they started giving extra coaching in Hindi and Sanskrit. Certificates given by the above mentioned language study Institutes were accepted by the government. The study of Sanskrit was helpful and useful to understand Hindi better, because Sanskrit is the mother of several Indian languages. Our school exelled in the sports and games as well especially in the volley ball.

The Head Master of the Primary school Amrit Das, was a good person but a very poor teacher and the quality of the pupils education in our was affected. I brought this matter to the knowledge of the Manager, Fr.Paymans and immediatly exchanged him with Lalju Singh Markam a good teacher and a disciplinarian. Amrit Das was appointed as the Head catechist of the parish., the post held by Lalju Singh previously. He was better at dealing with grownups than with children.

For several years, the middle school classes were conducted in an old and dilapilated cattle shed. The building could collaps at any time. On account of the increasing number of students seeking admission in our school the space in the building was insufficient. We had no money to construct a school building immediately. The CRS food for work programme came to our rescue. We were able to prepare our own bricks within our compound premises. We received some donation from the people of Jabalpur. Sr.Jean Mary, the Pricipal of St. Joseph's Convent School, Jabalpur gave us a substancial amount of money towards the school building fund. She was a very generous person and fond of missions. She used to collect sweets, sationary and clothes for the students of our school and gave them to us whenever we went to Jabalpur. Fr.Paymans sisters in Holland financed our project with generous donations and we were able to construct a spacious middle school building making the students and staff happy.

Besides the primary and middle schools at the centre, Junwani mission had two more primary schools  one in Diwari and other in Gheori, two out station villages. They too were functioning well. I used to visit them often, offer them my support and guidence. When the students passed out from these schools we used to bring the boys to our boarding at Junwani and send the girls to Kurela boarding to pursue their studies in the middle school.

Bed Bugs from above.

In the beginning of winter 1963, my two missionary friends Indal Das and Prakash and I visited a village called Chinditola. There were only two families in that village who were following our faith. We were given for our stay the sitting room of the headman of the village who also was a catholic. I was happy because the room looked neat and tidy. A huge long od wood was burning in the middle of the room as a protection against colled.


ധൃവദീപ്തി  ഓണ്‍ലൈൻ
www.Dhruwadeepti.blogspot.de
DHRUWADEEPTI ONLINE
Published from Heidelberg, Germany,
in accordance with the European charter on freedom of opinion and press.
DISCLAIMER:   Articles published in this online magazine are exclusively the views of the authors. Neither the editor nor the publisher are responsible or liable for the contents, objectives or opinions of the articles in any form.