Journey Of a Missionary Priest //

Reaction in the Bishop's House //

when the news about my arrest and police custody reached the Bishop's House, Bishop Dubbelman was away in Rome attending the Vatican II meeting. Vicar General Fr. Oosstrahaut, a Dutch Norbertine, was the Parish priestof Napier Town Parish and he was in his residence. In the absence of Bishop Mgr. Joseph Thaliath a very authoritarian and arrogant type of person was virtually running the diocese. When Fr. Vanthiel the Secratary brought the telegram of Fr. Antony Thundiyil regarding my arrest Mgr. Thaliath was playing cards with the priests working in the school and college. Without even caring to read the telegram and continuing the cards game Mgr. Thaliath said " Oh George, he is a Gunda. He might have done some gundagiri. He will come out as he is gone in. Don't worry, let us continue our game". Fr. Vanthiel was disturbed with this remark. So he sent a telegram to Fr. Francis Xavier at Binjhia, Mandla to do the needfull. The Priests of Mandla were all waiting for my arrivel in Mandla.


The quarrel with the Tehasildar and my arrest was big news in Mandla and Jabelpur. Allmost all the papers reported the version of the Tehsildar and wrote against me. Only one Paper "Yugdharam" whose reporter from mandla was Sri. O. P. Vedi wrote in detail the true version of the story. Papers wrote that I would be brought to Mandla and there were throngs of people in Mandla waiting to have a glimpse of me in handcuff, an unusual spectacle.

On the 3rd of November the second day of my arrest we were still under the police custody in Gheori. In the evening I called the Head Constable and told him that he was supposed to present me before a Magistrate with in 24 hours of my arrest. I remeinded him that 24 hours had already passed and they did not do anything for me. You could have taken me to Dindori, the sub divisional headquarters or to Mandla the district headquarters by this time. I am going to lodge a complaint against you because you are unnecessarilly harasing me". Hearing this he decided to send me to Mandla via Bichhia. About 8 pm a bus came which was going towards Bichhia and the police put us in the bus. Two police men acccompanied us.

One night in the Bichhia lock up


When we got into the bus, five people from Junwani including two school teachers also got in. They were following us. They had taken along with them their land records to bail us out and enough of money for any eventuality. When we reached Bichhia town the four of us were taken to the police station and put in the lock up. The lock up was already used by another criminal before us. The room was dirty and smelling. The former occupant had defecated in one corner of the room and his stool was heaped up there. We were destined to spend our night in that room in the condition narrated above because the police would not listen to our request to get the room cleaned. We were told that such cleanliness was possible only at home, not in the police station. The policemen gave us one dirty blanket each for the night. My companions spread one Blanket for me on the ground and told me to lie down and they covered me with another one. The three of them managed with two blankets. In the morning I refused to answer the call of nature in the room, where we were sleeping and so the police took me to a nearby bush behind the police station and I had my morning ablutions there.

The police offered us a cup of tea each and put us in a bus for mandla. The five accompanying us from Junwani also got into the bus with us.Those days there was no bridge over the river Narmada. We had to get down on the southern bank of the river, cross the river by boat and get into the town. The news of our comming to Mandla by the morning bus was known to the people. Therefore as we crossed the river and came to the town crowds of people were lined up on either side of the road to have a glimpse of the criminals who had beaten up the Tehsildar cum Magistrate.

The police took us first to a hotel for meals. After the meals the constables who were taking us to the court asked those who were accompanying us from Junwani to pay for the meals. I did not allow my asssociates to make the payment. We four were under police custody and it was their responsibility and duty to feed us. Finally the police had to make the payment. I did not eat anything. I had only a cup of tea. From the hotel we were publicly paraded to the superindentend of poce 's office and from there to the local police station. We were made to march through the main streets of Mandla and finally we were brought to the Tehsil court. We were given to understand that as soon as we would reach Mandla we would be bailed out. However when we reached the Tehsil Court there was nobody there to stand bail for us. Ultimately the magistrate sent us to the district jail.

Meanwhile the fathers were anxiously waiting for us in the district Court and after waiting for several hours they made enquiry and found out that we were taken by mistake to the Tehsil Court, and not to the court that was ordered by the Collector and that we were already in jail. So Dr.Henson of Katra Hospital and the priests once again approached the Collector and told him about the entire confusion. The Collector immediately informed the Jail Superindent that the four of us should be released on the same day and asked him to prepare the papers to that effect. By the time we were released from the Jail it was 5.30 p.m.

We were instructed by the Collector to proceed to Junwani immediatly because he had sent the deputy Superintendent of police to the place for an on the spot enquiry. The last bus to Bichhia was at 6.pm. and we had to cross the river to reach the bus. It was the Collectors order so the police had stopped the bus until we boarded it. I was very hungry and tired. The priests took me to the nearby Nirmala convent and gave me a cup of tea and banana.

There was no time to eat and so intantly we rushed to the bus. When we reached the bus stand at Bichhia my Jail companions stayed on at the bus stand to catch the early morning bus to Junwani. Fr. Terrence and myself walked to Sijhora about 10 Km. from Bichhia. At Sijhora Fr. Xavier Barret and Fr. Premananda were discussing about us and had planned to go to mandla the following morning. We both bumped into their room and we brought much happiness and joy as we surprised both. Barret and Prem were under the impression that the masters and I were still in the Jail. Everything went smoothly in Mandla that day because of Dr. Hensen and the priests of mandla who were friendly with the Collector. I had the privilage and the joy of tasting jail life for his sake. Prayers of intercession were going up continuously from every corner of the diocese on our behalf.

We barely slept that night at Sijhora. After a good meal Terrence and myself narrated the entire episode to the priests present there. We got up very early and walked back to Bichhia to catch the early morning bus to Junwani. There was only one Bus service from Bichhia to Dindori in the morning and the same bus would return to Bichhia in the evening. When we reached Gheori the site of the incedent and where the Dy. Superintendent of police was camping, the police stopped the bus and asked us to get down to give our statement to the police officer. We told him that first we had to go home, have a bath and do pooja and then only anything else would be done. So he allowed us to go.

As we alightedfrom the bus at Junwani we began walking towards our house. The house was about half a kilometer away from the bus stop. As the head catechist Mr. Amritdas saw Terrence and myself approching towards the house, he ran and rang the church bell. Hearing the unusual sound of the church bell people from all directions rushed to the church compound. Students along with the teachers also came out from the school to see what is happening. When we reached the church ground there was a crowd waiting for us. All came and greeted us, some shook hands, some touched our feet and many burst out crying saying that " for our sake you had to undergo all these sufferings". Fathers, Antony Thudiyil, and Milo Der Kinderen were keeping company with Fr. Paymans from the day I was arrested and jailed. All were happy and over joyed. After a bath and breakfast both Fr. Terrence and went to Gheori to give our statement to the Deputy Superintendent of police. People wanted to show their gratitude and requested for a thanksgiving mass in the evening. //-

ധൃവദീപ്തി  ഓണ്‍ലൈൻ
www.Dhruwadeepti.blogspot.in
DHRUWADEEPTI ONLINE
Published from Heidelberg, Germany,
in accordance with the European charter on freedom of opinion and press.
DISCLAIMER:   Articles published in this online magazine are exclusively the views of the authors. Neither the editor nor the publisher are responsible or liable for the contents, objectives or opinions of the articles in any form
Eingestellt von dhruwadeepti um 17:28 Keine Kommentare: 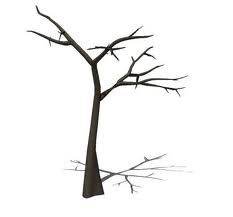 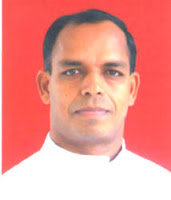