Model of the First Christian Community//


The Agony of the pioneers in any field, especially in an unknown terrain, is unimaginable.St. Stefen, the first martyr for Christian faith had no model to follow. He told the members of the council: " You are the ones who received God's law that was handed down by the engels yet you have not obeyed it ( Acts 7: 53) . He knew what was in stock. " Then they all rushed at him at once, threw him out of the city and stoned him (7:58). When Columbus set out for his expedition he had no idea where he was going to land. Only a firm faith that something would be achieved could make a man dynamic and active. The way of live Christ proposed was every new and and still it stands as a challenge for fresh attempts. It is good to recall the eppisode of Ananias and Sapphira in this connection. " Peter said to him, Ananias, why did you let Satan take control of you and make you lie to the Holy Spirit by keeping part of the money you recieved for the property ? Before you sold the property , it belonged to you, and after you sold it, the money was yours. Why, then, did you decide to do such a thing ? You have not lied to men- you have lied to God! As soon as Ananias heard this, he fell down dead; and all who heard about it were terrified Acts 5:3-5).This passage on which we are now reflecting is taken from an account book kept in the archieves at Mannanam. In the begining there was no community life at Mannanam and it started on the feast of Holly Cross in the year 1840 when Fathers Thomas Porukara, Kuriakose Chavara and Geevarghese Thopil decided to pool in together their financial resources with a view to have prayers, meals and living in the community for spiritual advancement. They were the pioniers in the field of religious life in Malabar. 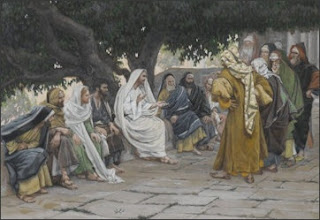 What we find in this piece od advice is the teaching of St. Theresa of Avila on Prayer. Chavara affectionately called her Mother Theresa ( Amma Theresa )and now the saint is known all over Kerala in this name.

Fr. Leopold Beccaro OCD, the Italian missionary and the first novice master in the CMI congregation, was a linguist and he wrote a number of books in Malayalam for general spiritual reading and for ten days retreat. He made the first Malayalam transilation of the interior Castle of St. Theresa of Avila. This was aimed at teaching the practice of prayer and the stages of mystical union for religious according to the teaching St. Theresa. This book had agreat influence on the style of the mental prayer of Chavara. The text quoted here is a letter Chavara had sent to the sisters in the convent at Koonanmavu (VII / 8, English ed.1990, pp. 84, 85).


Silence and Solitude.
These two are the necessary acompaniments of mystical experience in a monastic life. The primitive Rule of the Carmelite Order strictly prescreibed silence as the supreme means to grow in holiness. In the monastries after the night prayers after supper strict silence is prescribed till after the morning prayers. Even the necessary communications during this time has to be restricted to a few words or to gestures. If one go along the Carmelite tradition dilence is prefered over the free exchange of whatever one thought to be communicated. The Trapist, Carthusianand Benedictine monasteries and the Carmelite silent Convents are an open declaration of the belief that one becomes more virtues and pious as one grows in the vitue of silence, exterior senses as well as interior silence of one's spiritual powers.


Solitude is the way that leads one to silence. Many a times we read in the Gospels that Jesus withdrew from the crowed and prayed to his father.Solitude is attained by a process of withdrawal of oneself from familiar circumstances and contacts to achieve the sense that he is all alone with the Lord. Here the soul opens its heart to begin a real recollected dialogue with the Lord of the solitude., which will also finally fall into absolute silence. For attaining this eloquent mystical silence Chavara, in keeping with the Carmelite spiritual tradition, exhorts the members of his community to ever mindfull of the two great virtues of silence and solitude in the consecrated life.


Meditation:
Reference has been made to dialogue with God as prayer and which is now named as meditation . Spiritual writers from time immemorial vie with each other to offer the best description of prayer from their own experience. Here St. Chavara gives his understanding of prayers or meditation. The vocal prayer prayer of a devotee is usually an expression of the worship of God in four ways , namely giving thanks to God for the gifts and blessing God had showered on him, to praise him acknowledging his greatness, to express ones heartfelt compunction for his transgressions and finally to ask for the blessing in ones daily needs. These four sentiments in their varied shades and hues appear in the supplication of a praying soul. Any one with the help of a spiritual passage or a particular situation or event reflects on its inner meaning would be in in fact meditating. When the early stages of reflection and the loving dialogue have progressed sufficiently ahead the images, words and exprssions of strong sentiments naturally subside to complete halt. The present pice of a exhortation is a graphic picture of this state of affairs one reaches in his recollected meditation.
Examination of Conscience. 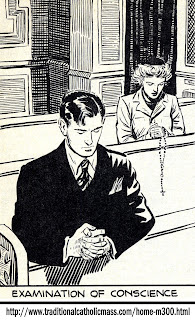 This is avery ancient ascetical practice in force in all the religious communities in the church. The formative norm for the examination of conscience is the belief system and the rules and the regulations which protect the community. Usually it is practiced in the contemplative religious communities a noon-time and at night before the members retire for rest.


Conscience here in question, the practical judgment over the wortinnes and the permissibility of a deliberate action,is certainly a product of the disciplined life in a group on the basis of the commonly accepted value system. In a larger sense is the unique norm for action for anyone here and now, but it could not and need not be a universal norm, for conscience is always personal and subjuctive. The request of St. Chavara to make examination of conscience is first of all an oblique to examine whether all that had given them as testament had any influence in forming their conscience.


The church and the congregation were the two prime realities in the spiritual scheme of St. Chavara. Hence the examination of one's conscience is a vital practice to know whether one keeps himself a worthy member in the Church as well as in the congrgation. Spiritual excercises for the realization of the goals of the religious vocation such as daily meditation, celebration of the Eucharitic Liturgy, spiritual reading, visits and other devotions are points of reference for this purpose.