A commentary on his Testament //

A Meditative Reflection on the Testament -
Part -2

Natural Family Bond: The kind of love with wich the members of a local community as well as the members of the whole congregation are to be bound together is well depicted in this passage.The whole thrust of the advice is based on the following assumption:"However numerous the monasteries are, all must be like the members of one family, children born to nurtured and brought up by the same mother". In the writings of Chavara family is the natural God-Given context where parents and children could grow and foster "real charity" and deep affection amoung members.

Unlike the family a religious community is not a congenital group where the true dimensions of natural family have to be cultivated and nourished. As God has blessed a particular couple to constitute a family through their natural attraction and acceptance, special gift of religious vocation is given to certain individuals to form charismatic communion under an inspired leader. Such human communities have their justification for existance as long as each of them lovingly accects the other. In a natural family the authority- structure is permanent and the home- community is constituted of infants and adults, male and female. Where as in a religious community at fixed intervals superior change and al the fullfledged members would be adults from the same sex. These differences naturally tell us that it is not easy to create the atmosphere of love and affection of a natural family in a religious community. In a document issued by the Congregation for Consecrated life we read the following "Born from a divine vocation and a divine atractio, religious communities are living sign of the primacy of the love of God and for one's brothers and sisters... A religious community is, above all else, a mystery which must be contemplated and welcomed with a heart full of gratitude in the clear context of faith".


Religious communities can be understood only in the context of faith. This faith has to be seen as a mystery,for no one could intelligibly explain how a particular member has come into a community or congregation, except that we believe that all are called by God this particular congrigation. This is the great mystery a religious has to accept and contemplate lovingly to consolidate onself in ones vocation. 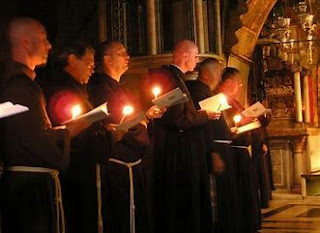 The communites of the religious congregation (monasteries / Convent ) have to be understood as sacred space where members have to create evangelical fraternity. The fraternity in question is not soething arising from consanguinity but from divine attraction which has to be ever maintained through pious exhortations and authoritative guidance. Hence Chavara requests the Vicars of the monasteries to maintain a true bond of love amoung them. "Never let this love weaken, but let it grow stronger from day to day. Bear this in mind as an important piece of advice in order that this love may not weaken".

In order to foster this bond of love Chavara advised Vicars of the monasteries t " vie with one another" and have greater interest in meeting the needs and requests coming from the other monasteries rather than those of one's own". In the course of time financially well established monasteries began to think of themselves as sui juris units and to administer the wealth of the institution as its own. In order to remedy this erroneous perception two legal provisions have been introduced in the Constitutions of the Congregation. The first is the provision made by the General Synaxes for Central Pooling of funds from the individual institutions, voluntarily or as fixed by the provincial authority.

The second Constitutional provision is wider in its scope. In a way it is a corrective to the misunderstanding of the sui juris nature of a monastery in the Congregation. The rule reads as follows: The Provincial Synaxis shall have the authority to fix, for the common good, the amount / property to be transferred from any house / institution of the Province to another house or houses in the province or to the province as whole"( D. 53). In our modern civic context exhortations have also to be supported by legal provisions.


The text says: "When you assemble periodically to discus different matters settle your mutual financial concerns till that time". The gathering is meant to discuss " different matters" but above all finaancial transactions have to be cleared. That the bond of love may not be weakened the Vicars of the monasteries are advised to exchange letters among themselves, communicating the good news here and enquiring about the needs of others and rendering any help that might be required". From all these meticulous instructions what emerges is the solicitous desire of a loving father to transform the human communities into sacred spaces where the evangelical fraternity reigns supreme. //-

( *please see continuation  in the next coming article-) // Dhruwadeepti.blogspot.com