Journey of a missionary priest:

Madanpur was the farthest out station of Junwani mission about 35 km.from the centre. When we visited Madanpur we used to spend five to seven days there. Camping in Madanpur we used to visit all the sourrounding villages up to Ghughri, a distance about 15 km.from Madanpur where there christians and chteschuments. We had built a hall, made of mud walls in Madanpur and therefore we had a clean and independent place to stay there.

However there was no well in the village. Therefore like the villagers we were also drinking water from the nallah (stream) flowing through the village. I had instructed Prakash, my cook,to boil the water well for drinking. One day when Indal, the local catechist and I were visiting the houses, we found that the Kotwar (village guard) of the village was suffering from high fever. We prayed for him. The fever slowly left him and after two hours he joined our team visiting houses. The Kotwar was a catechumen. The news of this miraculous incident spred like wild fire increasing the faith of the local residents. They believed that Jesus heard our prayers and cured the man of his fever as he did to the mother-in-law of Peter in Caphernahum. Today both madanpur and Ghughuri are independent mission stations.

Ghoreght is a village in " Chaurassi ", the rice bowl of mandla district. There were many rich farmers in Ghoreghat. I was told that there was a catholic family, that of Shri Panku Lal in that village. Indal, Prakash and I decided to visit the village. We wanted to come in touch with the other villagers through Panku Lal. It was evening when reached the village. To our great disappointment Panku and family were not at home. It was dusk and getting dark and there was no time to reach the next halting place, Tavalpani. So we decided to spend the night sleeping under the shade of a mango grove near a well. It was summer time and the stay under the shade of trees was pleasant. We drew water from the well and had a good bath and we felt fresh. We cooked our food., prayed the rosary together and ate our food. Then we spread our sheets on the ground under the trees and lay down observing the galaxy of stars in the sky. After some time I had a good sleep although the pebbles underneath were piercing through my skin. Later on when the diocese bought a pieace of land to establish an independent mission station in Ghoreghat these trees were providentially included in the land purchased for the purpose. The trees are still standing in front of of the convent building. Today Indal is staying in this village with his family and doing catechetical work.

Saved from the mouth of a tiger. 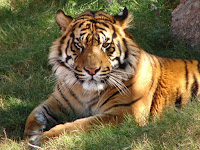 My team of missionaries, Indal, Prakash, and I were our way to Soda-salaiah area on mission visit. After crossing the river Burner we had to cross a dense forest, a distance of about 5 Km to reach our destination. As usual I was walking ahead of the other two praying the rosary. I heard behind me some one running and when I looked back I saw my two companions running back. I turned back and started walking towards them. They shouted to me and said " Father go ahead, don't come back, there is a tiger sitting close to where you are standing." I looked around and saw a huge tiger sitting at a distance of about 20 feet away from the path we were walking. I got the shock of my life. I clung to my rosary for my dear life although the animal was cool. He was in turn looking at me and looking at my companions who were running back. I quietly walked back. He continued to sit there without threatening any body. After some time my companions joined me . They took a different route to come to the place where I was standing. All of us had the shock of our lives. I thought of Daniel in the Lion's den. God protects his children. These are unforgettable moments, when we experienced the protecting hand of the Lord.

Catechists have a vital role to play in the building up of faith communities at the grassroots level. I remember one African Bishop telling us, while in the seminary, about the importance of catechists in a parish. He said that he would prefer to have one good priest and ten good catechists and ten priest. The first is more effective pastorally than the second". Junwani station had about 20 catechists when I was there. Less than half of them were trained and the rest were untrained. The untrained were new in faith and were not much educated . They knew only that much of catechism which was taught to them when they were catechumens. They knew very little about the Sacramentsabout the word of God. At that time we did not have a full Bible in Hindi. Wald- Bulke edition of the Bible was still in preparation. 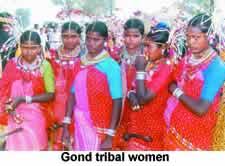