ധ്രുവദീപ്തി : Chavara - A Multidimensional Saint. // A Man for the people of God.-// Dr. Thomas Kadankavil


A Multidimensional Saint. //
A Man for the people of God.// 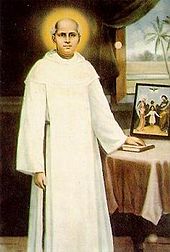 He was a man for the poor and the marginalized. Though the modern slogan 'option for the poor' was unknown to him he literally lived that ideal. He asked his parishioners as a personal gift to him, to open an orphange for the aged and destitute, and to prepare them for a holy death(IV, pp,- 162 ff a practice totally unheard of in the Kerala Church. He suggested so many other ways to help the poor and the needy.

He asked the parishes to educate annually one child at their expence. He introduced a system of setting apart a handfull of rice from the quata for each meal, everybody in families, for helping the poor. He instructed the Christians to feed the poor in the Churches and public places and to give clothing to the women and children. He encouraged those who could affordto be charitable as suggested above. He taught the people to recognize each other through service in love.

He wrote to his parishioners: "It is the Lord's command to men to extend mutual help. Any day which passes over you without you having done good to another, will not be reckoned as existing in your book of life.You should never let a beggar leave your home empty handed, for if God sees their tears, he will demand an account of it from you. Never deny or delay just wages to the labourers" (IV,pp. 143-144). Chavara had the mind of Christ and he put on the attitude of Jesus to the poor and burdened.

A few questions from his chronicle are given below to show some of the precious moral virtues shining in him. He was courageous enough to reveal his thoughts even to the Archbishop. When the three priests working for the monastery at Mannanam were transfered, Chavara took this matter to  the Archbishop, who was not kindly disposed to the faoundation.

The thought that the chronicles would become documents for his history, made him extra- cautious in making any derogatory remarks about his contemporaries. He says that as he writes about Fr.Antony Kudakkachira, his heart and pen shiver.

At this time there was a Father Antony of Kudakkachira belonging to the parish of Palai. He had some special characteristics of which I have to write something to enable his true worth to be assessed. Since he was the cause of what had just started my heart, and my hand which holds the pen, shiver. Why?.. Though I am recording only what I have seen and heard, it will bring discredit to him. So I pray to my guardian angel to keep me straight, so that I do not sway either right or left due to my frailties or do wrong, only then am I noting down (details)briefly. (IV,pp. 183-84).

Though he was a man of weakness, he was not afraid to face people who had to be opposed and resisted. His historic struggle against Mar Thomas Roccos is provervial in the history of the Mother Church. His virtue of humility and faith in the providence of God was remarkable. He writes: " I am not worthy of exalted, nor can I mediate deeply. Is what ever God has permitted me to achieve, of my merit? How did you reach so far? Who called you away from your home ? How did you get to being ordained? How did you come into the monastery? How was the order formed? Who called you " prior" How did you come here? Are you fit or qualified for any of these? Surely no! All that can be said God's will will be done.(III.p.13). His writings establish beyond doubt that besides all theological and cardinal virtues, Chavara was adomed with all desirable natural virtues.

The centre of Fr. Chavara's spititual life was the Eucharist as sacrament and sacrifice. He exhorted everyone to have great devotion to the Eucharist and started the forty-hour Eucharistic adoration as a feast in the monasteries . For him the tabernacle was holier than Mount Sinai.

"Oh my soul, there was brightness and thunder to frighten away Aron and the Israelites from clibimg the hillock of the land on which your angel had descended.. Now that you are not on that mound, but here on the hill of the sanctuary glorified by the divine glory. .. the almighty, your Creator .. in love bids you, my son, to come.! Why don't you come closer to your loving father? Don't be afraid.." (III.pp.26).

In the presence of the Eucharistic he was lost in ectasy. He meditated with awe and admiration on the ways Lord makes himself available to man.

You are personally present in our sanctuary openly without any cover, in all your divinity and humaneness. You receive graciously whosoever comes to you.You respond to whoever calls you and go to them. You go wherever they take you. You rest there, where they let you repose. Oh! you reign in all those hearts which deign to welcome you and install you there. You come down from heaven and stay in the hands not only of the chief priest, but of any one sealed with ordination as a priest, the moment he pronounce the sacred words of consecration.. You have condescended to stay close to my own abode, day and night, so as not to be seperated from me. (III,pp. 39-40).

He instructed his fellow religious to sing in the presence of the Holy Eucharist special canonical hours which he himself prepared for eight days after the feast of the Blessed Sacrament. Concerning this feast he wrote to the sisters of the religious community he had founded at Koonanmaavu:

" My dear children, These days you should meditate deeply on the love of our Lord Jesus Christ. All these eight days, one of you should receive communion daily, taking turns

( Note: daily communion was not permitted that time)..Abid in the love of our Lord Jesus Christ. Always stay under his watchful eyes. Walk with him Converse with him always. Whenever you feel any inordinate affection or desire or fascination towards or in anything., the Lord who loves you turns to you and says to you: You look at me; do you feel more happy with these other things ; or do they cause you pain or grief. Why should they cause you grief? I shall make you happy. Won't that suffice? (IV,pp.113-114)

This devotion to the Eucharist he also tried to transmit to the faithfull. In his letter to his parishioners he wrote:
" Hear mass daily, if posible. If it be difficult, at least do so on Mondays for the departed souls, on Fridays as a devotion to the passion of our Lord and on Saturdays in honour of the dolours of the mother of God. If all the members of the same household cannot attend mass daily, members should take turn and at least one of them should attend mass every day. At least once amonth, everyone should go to confession and receive Holy Communion.(IV,pp.144).

Eucharist was his life breath.
Thou art my love and my fortune
How can I live except in and by you?
You are my breath, my food and my drink
Where else is my consolation, if not in you.  (II, 2: 143,146)

Chavara had inherited his devotion to Mary from his mother who dedicated him to mary at Vechoor, and used to go to that church every year to renew the dedication.Later when he had the occasion to eastablish an indigenous religious community, he started it in the name of mary Immaculate of Mount Carmel. Not only that, he also personally practiced various popular devotions to Mary such as the Rosary and May devotion and the celebration of various feasts. He also exhorted the faithful to practice them. The essence of the devotion to Mary that father Chavara practiced, was his conviction that, as Mary is our Mother of Jesus, it will not be possible for him to refuse to accede to her intercession. The Marian devotion of Father Chavara was centred on Christ, to Jesus through Mary. Though it is possible to discuss at lenght the theme of his Marian devotion, a single quotation from his prayer addressed to Jesus through Mary is sufficient to illastate the essential motivation of this devotion.