“Shake off the dust of the Empire” (Pope John XXIII):

Reflections on Leadership
in the Church-

“Surely it is high time, and surely it would be to everyone’s advantage to ‘shake off the dust of the Empire that has gathered since Constantine’s day on the throne of St. Peter’” (Congar 1964: 127). These words spoken by the great John XXIII will continue to challenge the Church leaders as long as they do not give up the ways of the Empire.

Jesus had left no ambiguity about the nature and function of the leaders of his community. On no other area was Jesus clearer than on this. He spoke of it many times, even at the Last Supper, according to John and Luke. “You know that the rulers of the Gentiles lord it over them, and their great ones are tyrants over them. It will not be so among you; but whoever wishes to be great among you must be your servant, and whoever wishes to be first among you must be your slave; just as the Son of Man came not to be served but to serve… (Matt 20. 24-28. See Lk 22. 24-27; Jn 13.1-20; Matt 23.8-12).  We may not easily evade the impact of John 13, where Jesus, Master and God, washes the feet of his disciples. The “foot-washing” is to be the norm for the leaders of the disciples of Jesus.

Jesus’ understanding of leadership was a consequence of the new outlook that he brought into the world: a new way of looking at and relating to people. His table fellowship was a way of telling us not to look at people on the basis of their possession, position, action, group, gender or appearance. He saw everyone from God’s point of view and therefore saw everyone as brothers/sisters, not as high/low, pure/ impure. He envisaged a community of equals as brothers/sisters.

The leaders in the Church have failed Jesus totally. For, from around the 4th century the leaders took on the ways of the empire and those who were to be servants of the community began to be called and lived as Lords, Eminences, Excellencies, Holiness, etc. It is only too shameful to think of the position, the titles, the dress, the way of life of the leaders of the Disciples of Christ, the foot-washing God. With the conversion of Constantine, and other emperors, the practices of the empire passed into the Church. One cannot exaggerate the evils that have entered the Church through the policies of the Emperor and of the empire.

The Church leaders blindly followed the pattern of the empire. Thanks to the myth of the Donation of Constantine of honouring the pope with the emperor's honours and all the adornments of an Emperor, the diadem, the phrygium, the shoulder scarf, the purple cloak, the red tunic, the sceptre, pallium, and the stola, (the insignia of high officials), were taken over by the Church leaders. The crozier came in Visigothic Spain in the 7th century; the Episcopal ring, the tiara, the red cloak and the red shoes, were introduced as early as the 8th century in Spain and Gaul. Titles like Dominus (Lord), “Dom so and so”, and “my Lord Bishop” all came from the Empire system. Eminence and Excellency came from the Byzantine court. Under Constantine and after his time, the bishops were given privileges and honours; they were ranked in the Order of the illustri and took their place in the hierarchy of the State. The vocabulary in the Church was influenced by the court: the gospel became a “law”; God is the supreme emperor of the world, and the angels his ministers, Peter and Paul are the princes or senatores mundi - high dignitaries - of the world (Congar: 117).          Though claiming to have authority from the Gospels, it was in fact the feudal authority that justified the use of the titles and insignia and the whole system, and the day to day administration of the Church on feudal lines. The struggle between popes and secular princes leads to the understanding of the Church in an extremely juridical way, in terms of authority and powers. With Roland Bandinelli (Pope Alexander III -1159-1181), “canon law was  firmly established on the pontifical throne.” (Congar : 104).  In the context of the pope’s struggle against Henry IV, Gregory VII said: “ecclesia non est ancilla, sed domina - the Church is not a servant but a mistress” (Congar: 105), while possibly justifiable in the context, we know the harm it is doing.
Such a total deviation from the Gospels led a normally gentle St. Bernard to write to his former subordinate Eugenius III (pope from 1145 to 1153): “When the pope, clad in silk, covered with gold and jewels, rides out on his white horse, escorted by soldiers and servants, he looks more like Constantine’s successor than St Peter’s”, and about the bishops he said, that they “looked like young brides on their wedding-day” (Congar 1964: 125).

Nowhere is a servant called “Reverend, Lord, Eminence, Excellency, Holiness”, except as a joke or an insult. There is nothing to commend the present practice: the special dress, (I am not referring to a simple cassock), the funny hat, the red cap, the rings, the staff, etc., and above all, the titles.  Hence all these require a drastic revision and discarding. There is no harm at all in dropping all these, especially the titles like Reverend, Lord and Eminence - these have to go - they have no right to exist in the Church of the poor Galilean. The reluctance on the part of the hierarchy to give up these ‘pagan’ customs and to become ‘brothers’ to one another is very baffling, to say the least. I hope, one of the things that would happen in the new millennium is that all the Church authorities, beginning with the bishop of Rome, would revert to Jesus’ understanding of authority and its ways of exercising and expressing it. Jesus could be challenged even by a non Jewish woman, but our present leaders may not be questioned; they are not answerable. Leadership in the Church is for service as friends, and all the gospels show in clear terms that Jesus’ life was one of service and if anyone wishes to follow him, s/he will have to be a servant of all. Obviously the term ‘service’ is used in the Church, and some of them even have the audacity to call themselves ‘servants’ but that is service of un-equals and of the high and low. Jesus meant service as friends, as equals, though with different functions (Jn 13).

A few years ago in a seminar about priestly formation I conducted for the Bishops and seminary formation personnel of MP, after explaining what Jesus wanted, I asked them what prevented the bishops taking a decision for the new Millennium that they would not be called Eminences, Graces, Lords, but simply “brother so and so”? They all agreed that there was nothing to prevent them from doing it, but who will bell the cat? Who wants to give up privileges? I further added: we speak to theology students and seminarians about priesthood as service, not as prestige and power. Unfortunately, their eyes do not seem to be focused on the foot-washing Lord Jesus, but on the ‘Lords’ they now serve and obey and are waiting to become like them, the moment they are ordained. Hence, if a radical change in the understanding of the priesthood is to be effected in the Church, at least in this matter a change from the top is necessary. All Christians belong to “a royal priesthood, a holy nation” (1 Pet. 2.9);  the leaders in this community have to represent Jesus who chose to be a servant, have to reveal Jesus as he revealed the Father in his attitudes, choices, compassion and whole life. It is agreed by all that the best way to lead is by example: “Set the Example and the tone”. Leading by example is a moral obligation. The leaders’ behavior is the real performance standard that team members will follow. Hence if we have to give a new ideal (which in fact is the oldest ideal from the NT) to our candidates for the priesthood, it is imperative that the present leaders (Bishops and priests) set the proper example, the desired tone and attitude.

Only when the Church becomes what Jesus had envisaged it to be, namely, a servant Church, a Church of the poor, the leaders becoming truly servants and ceasing to be Lords, etc., then the Church regains its authority to speak for God and in God’s name. It is true that Vatican II spoke of the Church as a people of God, but we all know how it has been effectively negated in the Church since Vatican II. That concept has been buried and the presumed hierarchical nature gained predominance.

Jesus was often asked by whose authority he was doing what he was doing and he referred to his Father (Mk 11.27-33). There was a time in the Church when people were not familiar with the Bible, (even the New Testament), as it was in languages which ordinary people did not understand. But now that is not the case; people read the Bible, especially the New Testament. They now know what Jesus wanted from the leaders in his Church; now they may no more ignore the teaching of Jesus. Could we ask our present leaders to explain to us on whose authority are they carrying on with these titles, and their life style?  Is it wrong for the community to ask its leaders to justify their practices on the basis of the New Testament? I have quoted above the texts that I see as coming from Jesus, telling us what we may expect from our leaders.  Since we do not get what we may rightly expect on the basis of the NT, may we not ask them if they have any other source of authority than the New Testament, and if they have, will they tell us that, so that we can follow them in good faith? 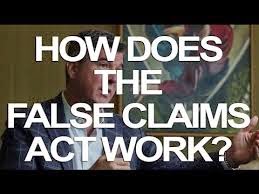 When our bishops and other leaders accept that we all make mistakes and are ready to own them up, abandoning all false claims, and return to Jesus’ ways they become more credible, the Church will become more humane, more like what Jesus wanted his community to be. The Church has to accept that it erred grievously when it followed the way of the empire instead of that of Jesus. Everybody knows that mistakes have been made in the past and will be made in the future - there is nothing strange in accepting them, and repenting of them, and starting anew. It is much more authentic and credible when the leaders of the Church accept themselves as fallible, which in fact they are, yet trying to follow the path of Jesus, in spite of all their failures. The fact that false claims have been made and defended over the centuries is no reason for carrying on with them. It is never too late to revert to the Gospels and Jesus’ teachings, especially on leadership in the Church and all become brothers/sisters.

Fortunately, Pope Francis gives us hope. “This Pope gives me hope” is one of the stickers that is being sold. I am very grateful that he is beginning to lead the Church back to what Jesus wanted, both by his teachings and example. In Evangelii Gaudium he says: “when we speak of sacramental power we are in the realm of function, not that of dignity or holiness...our dignity derives from baptism, which is accessible to all. ...In the Church, functions do not favour the superiority of some vis-a-vis the others. Indeed, a woman, Mary is more important than the bishops” (no. 104). His life too challenges us.