Imagine a group of Christians gathered to celebrate the Eucharist about 10 years after the death and resurrection of Jesus. They would have read from the Old Testament. And then..there was no New Testament reading, because there was as yet, no New Testament. None of the Gospels or other New Testament books had yet been written. So, they narrated incidents from the life of Jesus and what he taught. The story they told the most was the story of Jesus' suffering and death. We know that because those narratives are so similar in all four Gospels. This story took shape very early because it was repeated so often, and by the time the Gospels were written, the spoken account of this story had a fairly set form. We might legitimately wonder why this is the part of Jesus' life they would talk about most. Why not talk about the triumphant parts, rather than this story with all of the failures of the disciples and the insults to Jesus? They did this because they knew the ending: the glorious resurrection.

If God could take something this awful, this ugly, this humiliating, this senseless, and transform it into something life-giving, meaningful and beautiful--then God can take the worst things I've done, or the worst things that has been done to me, and transform them into something glorious. In God's hands, nothing is unforgivable, nothing meaningless. Everything is transformable. That's why they treasured this story. It's the story of how Jesus went through all this the suffering and even through death, and gave everything into the hands of his Father, and led the way for us through suffering, failure, sin and even death.


Jesus and his disciples were at Supper. The Devil had already put into the heart of Judas, the son of Simon Iscariot, the thought of betraying Jesus. Jesus knew that the Father had given him complete power; he knew that he had come from God and was going to God. So he rose from the table, took off his outer garment, and tied a towel round his waist. Then he poured some water into a basin and began to wash the disciples' feet and dry them with the towel  round his waist. He came to Simon Peter, who said to him, "Are you going to wash my feet, Lord?" Jesus answered him, "You do not understand now what I am doing, but you will understand later." Peter declared, "Never at any time will you wash my feet!" "If I do not wash your feet," Jesus answered, "you will no longer be my disciple." Simon Peter answered, "Lord, do not wash only my feet, then! Wash my hands and head, too!" 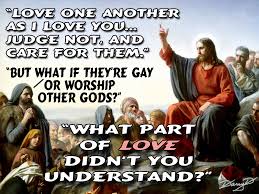 For over 1500 years, foot-washing has been part of the Mass on Holy Thursday. The Gospel of John is the only one of the four Gospels to tell about the washing of the feet. It is also noteworthy that John omits the institution of the Eucharist at the Last Supper. Perhaps it was to emphasize that only the one who is ready to wash one another’s feet can partake of the Body and Blood of the Lord. After the washing of feet, Jesus says, “I give you a new commandment: Love one another”. That’s how the day got its traditional name—“Maundy Thursday”—from the Latin ‘mandatum’  which means "mandate commandment.”

Pastors often say that it isn’t easy to get 12 parishioners willing to have their feet washed at this Mass. Most people find it easier to wash someone else’s feet than to let someone wash their feet. That was certainly true for Peter whose first reaction was, “You will never wash my feet.” Letting someone wash our feet implies that we too are prepared to do the same for others.

"What Jesus did at the Last Supper was a gesture of farewell. He is God and he makes himself a servant, our servant. It was a legacy that he was passing on asking us to be servants of one another as he had shown. And he made this gesture of washing the feet, which was a symbolic act. The slaves performed this, for the people who came to dine because at that time the streets were dusty and dirty and when they entered in a house it was necessary to wash one’s feet. And Jesus performed this action which was a work, a service of a slave, of a servant. And this he leaves like an inheritance amongst us. We must be servants of each other. And for this, the Church, today while commemorating  the Last Supper during which Jesus instituted the Eucharist, and also—in the ceremony—performs the action of the washing of the feet, which reminds us that we must be servants of one another. We are exhorted to think of others and love them and serve them as Jesus did. Because Jesus wanted it this way amongst us: "We are different, we are different, we have different cultures and religions, but we are brothers and we want to live in peace.” –Pope Francis.


When the hour had come for Jesus to accomplish the paschal mystery, he became one with the whole of humanity in its powerlessness in the face of adverse circumstances in life. We know well that all through his ministry among people, Jesus never used his power to suit his convenience or favor himself. He travelled on foot, ate common food and accepted the kindness of others in meeting his needs. His miraculous powers were at work only in bringing comfort and relief to those afflicted in some way. By this he wanted to assure everyone that God was among his people and his love would take care of everything. By surrendering to this unconditional love of God it was possible to live with the inevitable paradoxes of human life. When Jesus gave himself over to the power of men on his own accord, they heaped upon him gross injustice, condemned him as a criminal and treated him with sadistic cruelty. But he accepted all that without offering any resistance or making any complaints as all resistance from his ego had been surrendered to the will of the Father at Gethsemane.

The pains we humans are often called upon to face in life have little reference to our condition in life. Tsunamis, earthquakes, pestilences, wars and terrorist acts strike people and cause immense pain and hardship to numerous people regardless of their moral condition. Jesus Christ, who was condemned, scourged, crowned with thorns, made to carry his cross and finally crucified on it, is every human person confronted with many an inexplicable suffering on the roadside of life. Christ went beyond his sufferings, however real they were in body and mind, and surrendered himself to the will of the Father with total equanimity. And that culminated in his glorious resurrection in the fullness of divine glory. This is the Paschal mystery that every human being is called upon to enter into through surrender of the self.

On Holy Thursday, we are called to let ourselves be fully present to the Lord as we participate in the re-enactment of his “Last Supper”.  Like the beloved disciple John, we place ourselves close to Jesus’ heart and  seek the Lord’s forgiveness for our many betrayals of his trust. We beg him to help us understand his mysteries and not make false promises as Peter did. We ask him for courage to stoop to conquer, as he the Lord did in the symbolic washing of the feet.

All through Lent we hear echoes of the Lord’s compelling plea:

ധൃവദീപ്തി  ഓണ്‍ലൈൻ
www.Dhruwadeepti.blogspot.de
DHRUWADEEPTI ONLINE
Published from Heidelberg, Germany,
in accordance with the European charter on freedom of opinion and press.


DISCLAIMER:   Articles published in this online magazine are exclusively the views of the authors. Neither the editor nor the publisher are responsible or liable for the contents, objectives or opinions of the articles in any form