God’s compassion in his forgiveness 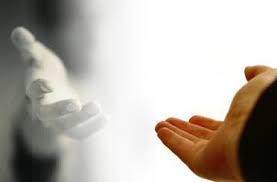 One night in a church service a young woman felt the tug of God at her heart. She responded to God's call and accepted Jesus as her Lord and Savior. The young woman had a very rough past, involving alcohol, drugs, and prostitution. But, the change in her was evident. As time went on she became a faithful member of the church. She eventually became involved in the ministry, teaching young children. It was not very long until this faithful young woman had caught the eye and heart of the renowned church minister's son. The relationship grew and they began to make wedding plans.

This is when the problems began.You see, about one half of the church did not think that a woman with a past such as hers was suitable for a minister's son. The church began to argue and fight about the matter. So they decided to have a meeting. As the people made their arguments and tensions increased, the meeting was getting completely out of hand. The young woman became very upset about all the things being brought up about her past. As she began to cry, the minister's son stood to speak.

The whole church began to weep as they realized that they were slandering the blood of the Lord Jesus Christ. Too often, even as Christians, we bring up the past and use it as a weapon against our brothers and sisters. Forgiveness is a very important fact of the Gospel of the Lord Jesus Christ. If the blood of Jesus does not cleanse the other person completely then it cannot cleanse us completely. If that is the case, then we are all in a lot of trouble. What can wash away my sins but the blood of Jesus…end of case!!!

A human being is neither an animal nor an angel, but a creature that holds a place between them.  Animals lack the power to think properly and to differentiate between good and bad. But, being a rational animal man holds a higher place because he can make use of his reasoning power to decide how certain things are to be done. On the other hand, man is not as perfect as an angel. We do commit mistakes and no one is absolutely perfect. However, using our wisdom we can surely correct the mistakes and get closer to the perfection seen in angels. In other words, when the animal nature in man makes him or her to do something wrong, the angelic quality comes forth rescue. The readiness to admit mistakes or confess  fault is something unique to human nature. Admitting a mistake is never a sign of weakness, but that of power. If we don't care to admit a fault, it only means that we are not prepared or willing to correct it. Moreover, it does a great deal in providing us peace of mind and happiness

I confessed my sins to you;
I did not conceal my wrongdoings. I decided to confess them to you, and you forgave all my sins. (Psalms 32:5).


Peter asked jesus,"Lord how many times must I forgive the offense of my brother or sister? seven times? Jesus answerd. "No, not seven times, but seventy seven times". This story throws light on the Kingdom of Heaven, A king decided to settle the accounts of his servents. Amoung the first was one who owed him ten thousand gold ingots. The official threw himself at the feet of the king and said, "give me time, and I will pay you back everything". The king took pity on him and not only set him free but even canceled his debt.


This official then left the king’s presence and he met one of his companions who owed him a hundred pieces of silver. He grabbed him by the neck and almost strangled him, shouting, “Pay me what you owe!” His companion threw himself at his feet and asked him, “Give me time, and I will pay everything.” The other did not agree, but sent him to prison until he had paid all his debt. His companion saw what happened. They were indignant and so they went and reported everything to their lord. Then the lord summoned his official and said, “wicked servant, I forgave you all that you owed when you begged me to do so. Weren’t you bound to have pity on your companion as I had pity on you?” The lord was now angry, so he handed his servant over to be punished, until he had paid his whole debt.” (Mathew 18:21-19-1). 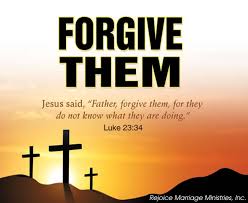 Our infinite God forgives infinitely. When we come to God all the way from our darkness to say, “I am sorry,” God will always say “I forgive you.” Why It is because God’s compassion is boundless. Whenever God forgives us, he is giving us the chance to pick ourselves up from the wallowing ground of our sinfulness. No, we are good because we come from a good God. When we commit sin and consequently our friendship with the Lord, it is because we have become weak. Hence, the Lord offers Himself. He wants us to make Him our fortress of strength so that we will not succumb to the lures of evil.

If your brother sins rebuke him, and if he repents,
forgive him. If he sins against you seven times in one day,
and each time he comes to you saying,
“I repent,” you must forgive him. (The Bible, Luke 17:3).

When you forgive someone, you become light, you start feeling lighter and all that anger and hatred, that chain of action and reaction drops and you become friendly again. Real virtue is to forgive someone even before they ask for forgiveness. If you don’t have that, then at least when they ask for forgiveness you have to forgive them. I don’t think you would not forgive anyone pleading for forgiveness, and when you forgive you are the one to benefit. You think you did a great thing. I tell you, you are wrong. When you forgive, it is you who become free, otherwise holding onto that is such a misery. How our God forgives our sins. A missionary on one of the Pacific Islands was surprised one day to see a woman enter his hut carrying a handful of sand, which was still dripping Water. “Do you know what this is” she asked. “It looks like sand,” replied the missionary. Do you know why I brought it here” she asked.“No I can’t imagine why,” the priest answered. Well these are my sins, the woman explained. My sins which are countless as the sands of the sea. How can I ever obtain forgiveness for all of them?”

You got that sand down by the shore, did you not?” said the missionary. “Well, take it back there and pile up a heaping mound of sand. Then sit back and watch the waves come in and wash the pile slowly but surely and completely away. That is how God’s forgiveness works. His mercy is as big as the ocean. Be truly sorry and Lord will forgive.”

Dhruwadeepti.blogspot.com
for up-to-dates and FW. link
Send Article, comments and write ups to : george.kuttikattu@t-online.de
DHRUWADEEPTI ONLINE LITERATURE.
Published from Heidelberg, Germany,
in accordance with the European charter on freedom of opinion and press. DISCLAIMER: Articles published in this online magazine are exclusively the views of the authors. Neither the editor nor the publisher are responsible or liable for the contents, objectives or opinions of the articles in any form."
E-mail: dhruwadeeptionline@gmail.com